Growing food is a skill I think every human being should have.

Many people know nothing about growing food and don’t want to know because they perceive that it’s hard.

At the end of May when I should have been planting my garden, I was travelling. Upon my return we had a solid month of rain. I finally planted potatoes July 10, six weeks later than tradition dictates (last week of May in Calgary).

I hand watered my potatoes a couple times, basically tossing a few gallons of rainwater at them when it was really hot and dry. I handpicked a few weeds twice, spending a total of maybe 20 minutes on the entire patch all summer. I didn’t even get around to hilling* them. In essence I could not have done less to propagate potatoes. Plain lazy!

Our first killing frost arrived October 13. (A killing frost sets the potato skins so they’ll keep longer). A few days later I dug my potatoes. From one kilo of seed potatoes I harvested all the potatoes in this picture, about 12 kilos.

There were dozens of marble-sized potatoes under each plant indicating that if the season were longer, they would have produced more. (They made perfect, melt-in-your-mouth roasted potatoes).

My potatoes are crisp and flavourful, despite a summer of neglect. They grew without the “benefit” of chemical fertilizers, pesticides, herbicides, and other noxious substances.

A friend of mine grew potatoes in PEI for a major food processing company. Following the company spray schedule was a condition of supplying them with potatoes. The farmer sprayed her potato crop for something every other day! Potatoes routinely appear on the Environmental Working Group’s Dirty DozenTM list of the foods most likely contaminated with chemicals.

Why are those potatoes so heavily sprayed when potatoes grow almost wild, without care at all, as my humble potato patch proved?

Michael Pollan, in his book, Botany of Desire tells us it’s because of our demand for the perfect long French fry. At least that’s what Big Food attributes to us.

Monocultures contribute to the problem. Huge tracts of one-species are like a TV commercial for a free buffet, attracting every bug and blight to which that plant is vulnerable. The modern solution is spraying.

Eventually the land is addicted to its drugs.  Just like pharmaceuticals, once you take one agricultural chemical, then you need another to combat the effects of the first chemical.

Chemicals wipe out all life around the intended crop including beneficial organisms like soil bacteria, earthworms, insects (good and bad), bees, birds, bats and other natural predators, not to mention, contaminating groundwater, lakes and streams.

There is no proof any of these chemicals is safe for human consumption, never mind the cumulative toxic effect they have on the body. Then add the chemical assaults from our homes, our cars, our clothes, our cosmetics; the list goes on. No wonder rates of cancer continue to skyrocket.

Food that is grown in living soil, rife with minerals and beneficial bacteria, food that isn’t sprayed with toxins (sometimes called organic food) benefits our health in many ways:

I urge you to grow even a small portion of your own food.  It doesn’t require much space or a great deal of effort or knowledge, as I have confessed. Usually, all you need to know appears on the seed packet.

Potatoes aren’t the only easy to grow food plant. Lettuce, spinach, carrots, beets, squash, and onions require little care and attention. Start a strawberry or raspberry patch with donated plants and eat fruit from them almost forever.  Rhubarb and asparagus are perennial too. Perfect for lazy gardeners like me.

*Hilling potatoes is a “best practice” when it comes to growing potatoes. Soil is scraped into little mounds or hills at the base of the plants when the potato tops are six to twelve inches tall. http://www.wholerealfood.com/baked-fries/ prevents the tubers from peeking out of the ground and turning green, which renders them toxic. It also helps maintain moisture and coolness. 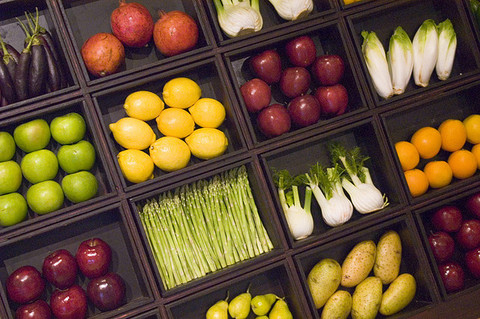 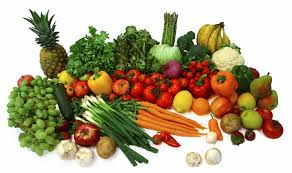 It may seem geeky but my favourite food is fresh vegetables from the garden. People think I’m weird but there is truly nothing as surprisingly succulent as that first crunch of a baby carrot that you’ve cleaned by wiping it on your pants.

Steamed baby carrots with a whisker of melted butter epitomize simple, real, delicious food. The taste is sweet; the texture, firm, yet tender. If you’ve ever eaten a garden baby carrot you will agree that it should be illegal to refer to the others as baby carrots. How can they possibly have taste when they are nothing more than old carrots, peeled to a “baby” shape and dipped in bleach to preserve them? Yum! Bleach!

If you’ve ever sat in a pea patch on a hot August afternoon, gorging on the fruits of the vines, you know exactly how I feel about fresh vegetables. In fact, eating peas directly from the shells is a surefire way to get kids to eat their veggies. Contrast those tasty morsels with pureed baby-food peas or ordinary canned peas and it’s not hard to understand why kids often despise vegetables. If more kids were turned loose in a pea patch, I’m confident more kids would love veggies.

Tell me; have you ever had asparagus just picked from the garden? The flavour is like none other, almost like eating the smell of freshly cut grass, sweet and green. Sometimes you’ll find spears as slim as licorice string with a tassel at the end. I suggest eating them raw and absorbing their fresh pea taste or very lightly steaming them.

Fresh garden vegetables contain trace minerals that are largely absent from vegetables grown in commercial operations.  Those minerals are vital building blocks for many processes performed by a healthy body and are undoubtedly the key to fresh vegetables’ explosive taste.

Ideally home-grown vegetables are not subjected to chemicals to make them grow or to kill insects and weeds; these poisonous substances may cause more damage to our health than we receive from eating vegetables.

Another advantage to eating home-grown produce is it doesn’t have to travel for hundreds or thousands of miles; instead it can be picked and eaten when ripe. The eater gets to enjoy all the benefits of the food with fewer of the costs, both monetary and environmental.

There is nothing so satisfying than to walk through the garden with a bowl in hand, planning lunch based on what is ripe and ready. A handful of fresh leaves with a home-made dressing, a few baby potatoes sautéed in butter, and a mess of beets and greens provide the basis for a meal that simply cannot be bought.

If you have a chance to grow and/or eat fresh vegetables from the garden, I urge you to do it. Your taste buds and your body’s engine will thank you.  If you have no clue how to raise your own garden, it’s not as difficult as you might think.  Here are some resources to get you started: