“For my daughter’s recent cookbook, I wrote my sugar story.

I promised not to share it with my readers until her book was released.
Buy it here
http://www.thevegansorceress.com/purchase/ 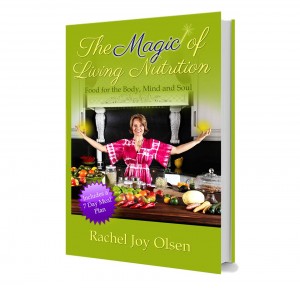 Now here is my story. (It’s long so we’ve broken it into 3 segments.)
I would love to hear about your struggles/victories over sugar!”

My Year Without Sugar and How my Body Reacted

Truly, it’s not surprising that I have a sugar addiction.

It is surprising to me that I refer to it now as an addiction. Like any addict I lived in denial for years.

From a very young age, my loving paternal grandmother showered me with sugar. She entered puberty at the onset of the Great Depression, with its scarcity of sugar. The greatest gift she could give was food, especially sugar.

The only sweetener she had regular access to growing up was honey and that was reserved for medicinal purposes. My great-grandmother was a closet alcoholic so any sugar that came into the house was diverted to a crock in her bedroom for fermenting fruit.

Then came World War II and the rationing of sugar. By then Grandma was married, poor, and homesteading. Grandpa demonstrated his love by keeping bees, which ensured an extra large sugar ration (for the bees) and abundant honey (for Grandma).

By the time I was born, my immediate ancestors were as well off as they had ever been. And that meant abundant food. Not fancy food. Mostly homegrown food. But the one thing that was prevalent was sugar.

Do you know how easy it is to shower (grand)children with sugar love?

Grandma always served three desserts. Desserts were planned and prepared long before the main meal. She might serve chocolate cake, vanilla ice cream and raspberry Jello. Or she would offer a choice of two kinds of pie, always apple, and sometimes raisin, cherry, or saskatoon (or a slice of each) with ice cream. She may also have had homemade cookies in case you didn’t get enough sugar. And there was nothing like a cup of hot chocolate to soothe the soul!

Sunday after church we would stop at the North Hill Store where we each got to spend one of our two dimes; the first dime had already fallen dutifully into the collection plate. We often chose a bag of penny candy painstakingly selected and ceremoniously placed into the tiny paper bag by Mr. LaBarre. He had a soft spot for us as we were purportedly well-behaved for children, and he would sneak in an extra piece or two of our favourites. Sometimes we would spend our money on a cream soda, orange or grape crush and a bag of chips or a chocolate bar.

Looking back it’s not at all surprising that I associate sugar with pleasure. Grandma was devoted to me and she showered me with love and sugar. Love and sugar go together. Pleasure!

Much of my energy as a child went into securing sugar. Within moments I spent all found-money at the corner store. I invariably inhaled my portions; my brother would slowly savour his sweets or even hoard them for later, which meant that I had to concentrate on how I might manipulate the treasure from his greedy grip. Occasionally that would result in his sharing or even surrendering entirely. (Not likely).

I was a sugar pig.

Processed food became mainstream when I was a child. Like other 60’s mothers, my mother bought into their promise of convenience, although her limited budget prohibited her from completely stocking our shelves with junk. Kool-aid, Tang, and cereal (with toys inside the boxes) were all part of our diet, at least sporadically.

Luckily we were poor and we grew our own vegetables, raised our own eggs, picked and put-up wild berries, and supplemented our homegrown chicken diet with meat from the odd deer that Dad would bag in the fall.

I liked the raspberry patch even more. As sweet as fresh peas can be, there’s nothing like ripe raspberries picked while the dew still clings like blobs of transparent mercury on the knobby surface of the berry. They’re especially good when they’ve been sun-warmed for a couple hours. Heaven is gumming a handful of raspberries (not chewing to avoid lodging their tiny seeds into your teeth) and letting the sweet syrup trickle down your throat.

My infatuation for sugar led to my childhood dream for the future: that I would live in Calgary (check), that I would have my own car (check) and the back seat would be filled with cinnamon buns and chocolate bars! I’ve likely eaten enough chocolate bars to fill many backseats!

By the time I turn 21, I am married, pregnant with my second daughter. I’m in Safeway with my toddler in the cart. In the produce department I admire the fresh peaches. But alas! They are expensive. I begin to push away.

I look into my cart.

Like a bolt of lightning I am struck by the notion that if I put back the junk, I can afford the peaches.

That epiphany changes the course of my shopping forever. I begin allocating more of my grocery budget to fresh whole food. I bake our treats, usually substituting some whole grain flour for the white flour and cutting the sugar at least in half. Nobody ever notices. If they do they don’t say anything or stop eating what I make.

I actively guard my children from too much sugar. It‘s not always easy in the face of my Grandma (whose sugar showering continues with my children) and my in-laws, who are of the same generation as my grandma. I am often accused of being a mean mom when I forbid sugar or even when I simply limit it.

“Awww!” The guilty (great-)grandparent whines when I declare “no sugar to be sent home!”

“I just made these lovely squares.” (to child) “You like the mocha balls, don’t you?”

I remember once getting into the car after visiting Grandma and my girls are giggling in the back seat. What’s so funny? Despite my orders that the girls are not to have candy, Grandma has sneaked them each a chocolate bar as we slipped out the door.

I grouse but inside I smile because I know exactly how those girls feel. I know the feeling of being in cahoots with Grandma. I know that a loving heart committed the crime. I know the rush of pleasure: love in a sweet package!

Even if sugar is poison, is it really a sin when it comes from such great love?

At their dad’s parents’ house, cookies, cakes, and squares are served up to five times per day. (Mid-morning coffee, dessert at noon, mid-afternoon snack, dessert at supper, and bedtime snack!) Only breakfast doesn’t include them but sugar is well-represented with toast and jam, pancakes and syrup, and/or porridge with brown sugar.

I remember stuffing myself so full at their Sunday dinners my stomach would protest painfully. My sister-in-law would hold her abdomen and cry in agony, “I am so full!” Our gluttony often struck me as hypocritical in this evangelical Christian home. But I didn’t stop.

My girls’ grandpa thought bonding time with his granddaughters was a trip to the Co-op coffee shop for a long john (a huge block of a donut covered in chocolate or maple icing). They did too.

I saw them developing the same addiction to sugar that afflicted me. One long john contained more than their full day’s allowance of sugar, fat and calories and contributed almost no nutrition. 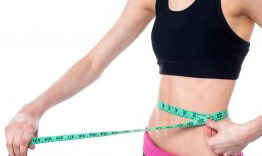 Post-vacation blues are not limited to dreading returning to work. Vacationers often lament gaining “ten pounds” on their vacations.

There is no need to gain weight on vacation. While it’s harder to adhere to a healthy diet when travelling, it’s not impossible. Here are some tips to avoid food going “to waist”!

Bonus Tip #11: Get back on the horse. It’s inevitable that your eating habits (aka diet) will be disrupted when you’re on vacation. So what if you come home a few pounds heavier? Resume your healthy practices and you’ll soon be back to your svelte self. Hopefully you tried some new healthy foods you can add to your repertoire.