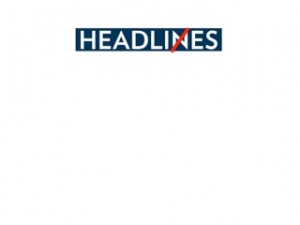 Last week a friend sent me some links to a story trumpeting that vegetarians are not healthier than carnivores. She felt this story justified her meat consumption. I disagree.

I am not against eating meat. But I am against misleading information.

This story is a classic example of a Head-lie, a misleading headline: one that rings true but upon further investigation, it’s fishy.

First there are many significant studies that show otherwise, that vegetarians have lower rates of modern diseases like cancer and heart disease. In light of dozens of studies showing that reducing meat consumption brings health benefits, I would not change my life because of this one study.

In fact it wasn’t a study but a survey. Big difference. A study has a chance of following good scientific protocol, not that it automatically does; but a survey has little chance of being accurate.

Then there is the ambiguous definition of vegetarian. I once worked with a man whose wife was a “vegetarian”. When I met her I was surprised to see she was overweight and looked unhealthy in general, unlike the vegetarians I know.

I asked him about her diet. It turns out she was a vegetarian who hated vegetables. She lived on vegetarian pizza (hold the veggies!), cereal, Kraft dinner, frozen dinners, chips, crackers, soft drinks, milkshakes, ice cream and French fries.

No meat. But no nutrition. Grain-heavy, like feedlot cattle. Not “vegeta”rian, but simply a person who doesn’t eat meat! If the vegetarians surveyed ate like she did I don’t doubt the “study” is accurate.

I know vegans who shun animal products but they eat “fake“ meats like hot dogs and luncheon “meats” and fake cheese made with vegetable oils. They are full of chemical fillers, artificial flavours and colours. I call this stuff “unfood”.

I do eat meat. I know my meat. I know my farmer. My small servings of grass-fed beef and lamb are far healthier than a vegan hotdog or most veggie burgers in restaurants or in the freezer aisle.

I’m not a great fan of labels like vegan, vegetarian, or carnivore. If I have to choose a label for myself it is “flexitarian”. I eat a variety of foods, as I believe our bodies were designed to secure nutrients from many available sources.

Apparently there are 80,000 edible real foods (I don’t think of processed foods as real or edible in the sense of nutrition). About 3000 of those foods are commonly eaten.

Sadly the average North American’s diet is derived 90% from only twelve foods, including wheat, corn, soy, and milk, incidentally some of the most modified and processed of foods.

Consequently we are deficient in micronutrients: vitamins, minerals, phyto-nutrients. The ensuing malnourishment leads to all kinds of mysterious conditions and diseases.

Because mainstream medicine refuses to see the food-health connection they blindly treat symptoms with drugs. Many people still are in god-like awe of their doctors, despite their ignorance of food and any “medicine” other than what they prescribe.

Media collaborates by running head-lies like this one. People don’t know what to believe and eventually give up trying to understand. My advice is:

1. Broaden your sources of information. We live in the Internet age. Snoop around. Go beyond the first Google page! Sign up for a variety of health newsletters. Find opposing views and information and weigh it yourself.

2. Don’t ever change your life or your diet based on one news story. Investigate.

3. Read widely about both (or many) sides of issues. Coconut oil was once vilified as a heart-disease-causing-saturated-fat. When evidence began to emerge that coconut is actually more beneficial than so-called-healthy-processed-vegetable-oils, I was skeptical. I began to research it for myself and found much evidence supporting the use of coconut oil.

4. Remember that there is no single right way to do anything. What works for me may not work for you. In fact pharmaceutical medicines are allowed on the market if as few as one third of patients realize desired results, often regardless of side effects. (The other two-thirds may have no benefit, but still suffer from side effects.)

5. Try things. Nothing crazy. But if you’ve been plagued with something and tried everything the doctor suggests, what have you got to lose by removing gluten or dairy or sugar from your diet for a month?

I tried coconut oil. Now I use it in my cooking and baking, on my skin and to oil pull (swishing oil in mouth to improve mouth/teeth health). I stopped using all processed oils like corn, sunflower and canola, regardless of their health claims, which I’ve learned are simply marketing tactics.

Articles like the one heralding unhealthy vegetarians are often designed to get out a message, an agenda, propaganda for a product or industry. In fact, they mention that the study authors are suspected of working for the meat industry.

Be cautious. Don’t believe the head-lies!

Besides eating does not have to be so complicated. Food writer, Michael Pollan says: “Eat food. Not too much. Mostly plants.”

Eat the Food, the Whole Food and Nothing but the Food.