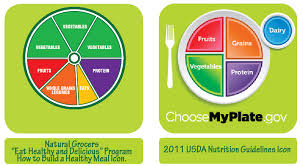 Think about your usual dinner. Look closely at the food on your plate.

How would you describe the real estate of your plate?

Is your plate one big ghetto of factory food?

Or is it an estate of whole real food?

Food is a huge issue in our society. Billions of dollars are made manufacturing food.

Basic commodities are heavily subsidized. We all would like to think those subsidies are going towards ensuring small family farms avoid what seems inevitable: extinction.

The truth is huge corporations receive most subsidies because they run most of the farming operations in Canada and the USA. The small independent farmer is an anomaly and the few left aren’t making a living on the farm nor can they compete with the large companies.

Heavily subsidized commodities like sugar, wheat, corn, and vegetable oils cost very little so they are ideal ingredients in factory food. What little nutrition these foods have is stripped in the manufacturing process. Synthetic vitamins are added but they’re usually not as effective as vitamins from natural sources.

Machines spit out food products en masse. In the end the packaging is often the most expensive part of factory food, and truth be told, often as tasty and nutritious as what’s inside.

Then there’s the marketing. Words like “light” and “natural” and even, alarmingly, “organic”, have been rendered impotent by food companies using every trick in the book to fool their customers into believing their food is good for them and that it is good value. Sadly most people believe their hollow claims.

If people only thought about what goes into that box of cereal and what they’re getting out of it for $6 or $7 a box, they would be outraged! So many products are nothing more than a handful of different sugars with chemical flavourings and colours.  So-called “kids” cereal is almost pure garbage; you might as well feed them candy for breakfast.

Then we have the diet industry, also worth billions, that strives to convince us their products will help us not be fat. Their food makes us sick and sick leads to fat. The body, in its desperation to partition itself from all the toxins, stores those toxins in fat cells. I also think that’s why we feel so terrible when we’re losing weight. It’s part of the reason diets don’t work; it’s hard to stay on them when you feel so toxic.

Back to the plate. For me learning how to eat healthy food has been a lifelong process, requiring basic knowledge of food, what’s in it and where it comes from, how food affects the body, and how the body feels.

When I was young I was ignorant of the impact food has on the body. I scoffed when people said eating candy could make me sick. I had a stomach of steel and thankfully, a young healthy body that could recover from the abuse of a candy binge.

I remember confiding to the older ladies at my first job that I routinely had Rice Krispie squares and root beer for breakfast. I argued I was getting cereal into my body and I wondered why they were horrified. (I haven’t had root beer or Rice Krispies in my house in decades.)

As I grew older, I figured out that certain foods caused certain outcomes. My first daughter was borderline ADHD so I educated myself and found the most probable contributors were reactions to sugar and chemicals, including colours, flavours, and preservatives.

Without being too much of a food nazi I limited my children’s intake of those substances and therefore I was more conscious of my own consumption. My children grew up to shun fake food.

The real estate of my plate has evolved to a minimum footprint of three-quarters plant- derived foods including at least one raw vegetable.

I’ve found I feel better when I don’t have many grains. The grains I do eat are always whole, never white or processed. I’ve eaten brown rice for over three decades. To me, white rice is tasteless, like eating the box and about as nutritious.

The older I get the more important it is for me to ensure that my portions are smaller than they were when I was 20. The fact is if you don’t change your portions, you’ll gain a pound a year after age 30.

Paying attention to how I feel is also an important part of assessing the real estate of my plate.  I like peppers but they don’t like me. When I eat wheat I bloat like a balloon. A quarter glass of wine puts me into a coma-like state. So I avoid these foods, rather than taking drugs to handle my indigestion, as we are so often encouraged to do by drug-pushing television commercials.

I often consume meat-free meals. My plate used to always include a huge portion of meat; growing up in a meat-and-potatoes family will do that. We only need 30 to 70 grams of protein each day but most people in the western world eat far more. A hamburger patty is 115 grams; many people consume two or three in one sitting.

While there’s no question that having adequate amounts of protein is beneficial, for some reason we think more is better. It’s not. Too much protein triggers minerals to leach from bones and stresses kidneys and adrenal glands.

Animal protein is a good source of concentrated protein but it is hard for our bodies to digest, with many unfavourable “side effects” including making our body’s natural pH more acidic.  Some theorize that an acidic environment in our bodies contributes to many of our modern chronic diseases, like cancer, diabetes and heart disease. High protein diets may even increase the risk of osteoporosis and kidney disease.

Contrary to popular belief, there is protein in grain and vegetables. (All living cells are constructed of protein). They also contain fibre, vitamins and minerals, essential components of a healthy diet. Table of Protein Content in Vegan Foods

I urge you to pay close attention to the real estate of your plate. Hopefully it is dominated by a meadow of fresh raw plant food with no more than tiny enclaves of simple carbs (sugars and starches), meats and processed foods.

My observation is that unhealthy food or “Unfood” catches up with the human body eventually and that many aches, pains, diseases and conditions are preventable, treatable or manageable with improved lifestyle, including revolutionizing the real estate of your plate.

Believe me; living on an estate beats living in the slums!

Recommended Reading:  These are just some of the books about food I recommend.